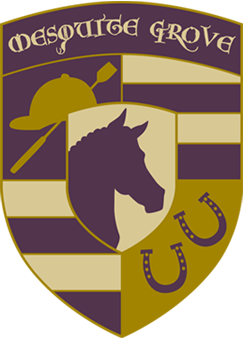 Earl Norris enjoyed youthful fame as a wildly successful world-class show jumping rider. While on the show circuit back East, he met and married another famous rider, Bebe Tattersal Norris, and followed her home to her Texas roots. He arrogantly assumed the rest of the horse world would beat a trail to his stable door in Mesquite Grove, but it didn’t. As his original vision fades, he constructs a new kingdom drawing on local minions and Texas money.

The nouveau riche culture of the English riders interfaces roughly with that of the local cowboys and the Hispanic stable hands resulting in a raucous fusion of Best in Show meets Blazing Saddles.

Mesquite Grove is a distillate of humorous stereotypes and their dysfunctional interactions, presented in a unique setting. Although the background is unconventional, the character types are recognizable as those that might appear in more familiar settings, not unlike those characters from Modern Family, Parks and Recreation, or The Office. A variety of ethnic and cultural groups are represented including the nouveau riche, Texas cowboys, Hispanics, gays, nuns, and children, as well as horses and dogs with attitudes. The presentation of human foibles will appeal to the thinking audience while stunts and more physical humor will satisfy the slapstick aficionado.

Mesquite Grove, a small ranching community, southwest of Dallas, Texas, struggles to maintain its cowboy identity while risking assimilation into the cosmopolitan lifestyle of Big D. The skyscrapers and bright lights looming on the horizon compete with ranch houses and open skies. The inhabitants of this satirical animation live amid the conflict of longhorns and thoroughbreds, longnecks and limos.

Mesquite Grove Stables is the artistic result of Bebe Norris’ design talents. Flagstone walkways pass under vine-covered archways leading to a European-inspired stable. The Old World appearance of the barn hides the state of the art fixtures and equipment. Perfectly groomed horses sleepily munch hay in large box stalls until their dozing is interrupted by grooms preparing them for their daily ride and exercise.

The sound of the horses shod hooves on the cobblestone paths announces their pilgrimage to the riding arena as they are led, wearing tiny leather saddles, by riders in protective helmets, English riding pants and tall black riding boots. The schooling arena is a quilt of vertical pole jumps, large faux stone walls and fake water jumps known as liverpools. This is where The Earl holds court, in Napoleonic fashion.

The townspeople of Mesquite Grove are both proud and mystified by the stables, which they sometimes refer to as the Taj Ma Stalls. The cowboy crowd is disdainful of what they consider a useless pursuit and waste of horseflesh but has some grudging admiration for Earl’s riding talent and respect for Bebe’s genteel graciousness. 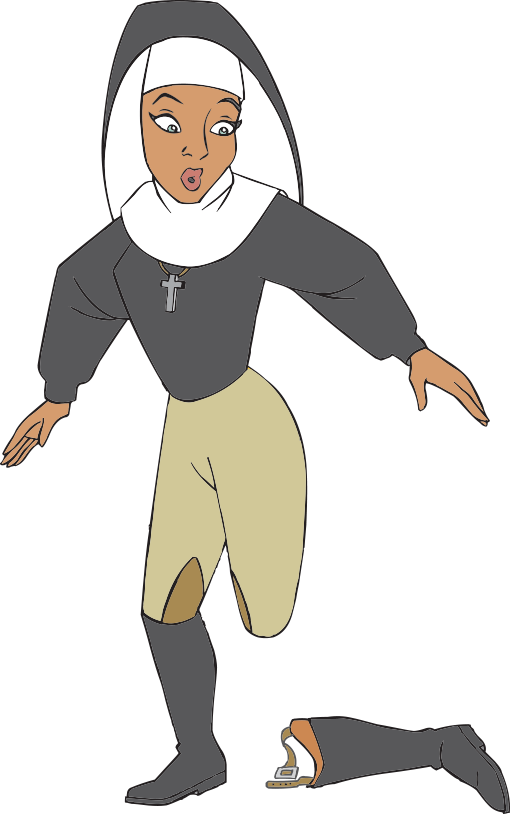 All materials, characters, and intellectual property contained on this site are property of ©KAP Partners 2003 — Writer’s Guild registration: WGA908457

We use cookies on our website to give you the most relevant experience by remembering your preferences and repeat visits. By clicking “ACCEPT”, you consent to the use of cookies.
ACCEPTREAD MORE
Manage consent

This website uses cookies to improve your experience while you navigate through the website. Out of these, the cookies that are categorized as necessary are stored on your browser as they are essential for the working of basic functionalities of the website. We also use third-party cookies that help us analyze and understand how you use this website. These cookies will be stored in your browser only with your consent. You also have the option to opt-out of these cookies. But opting out of some of these cookies may affect your browsing experience.
Necessary Always Enabled
Necessary cookies are absolutely essential for the website to function properly. These cookies ensure basic functionalities and security features of the website, anonymously.
Functional
Functional cookies help to perform certain functionalities like sharing the content of the website on social media platforms, collect feedbacks, and other third-party features.
Performance
Performance cookies are used to understand and analyze the key performance indexes of the website which helps in delivering a better user experience for the visitors.
Analytics
Analytical cookies are used to understand how visitors interact with the website. These cookies help provide information on metrics the number of visitors, bounce rate, traffic source, etc.
Advertisement
Advertisement cookies are used to provide visitors with relevant ads and marketing campaigns. These cookies track visitors across websites and collect information to provide customized ads.
Others
Other uncategorized cookies are those that are being analyzed and have not been classified into a category as yet.
SAVE & ACCEPT